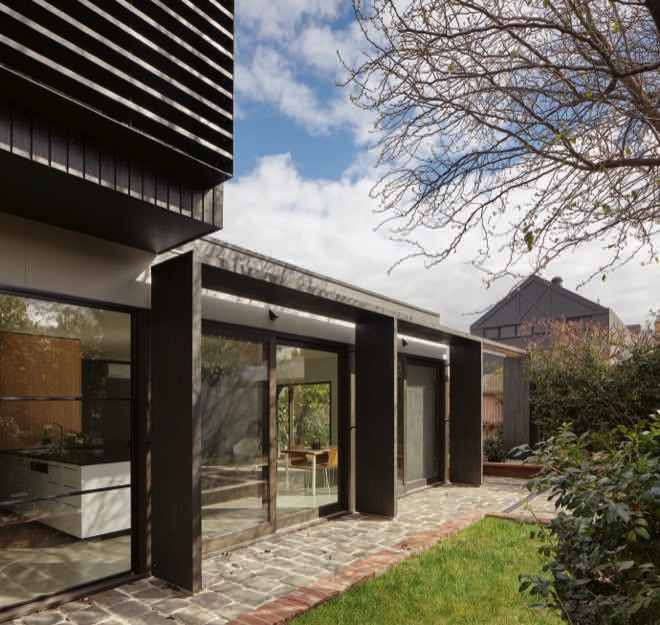 An (almost) empty nester commissions a home where she can enjoy her golden years gracefully.

Say “see ya later” to the old-folks home and “hello” to well-designed and well-equipped dwellings. “Ageing in place” is a trend characterised by the avoidance of traditional, institutional aged-care facilities such as retirement homes. Instead, older Australians are opting to remain in a familiar setting such as the family home. The uptake of this trend has led to an overhaul of residential architecture, where function and aesthetics go hand in hand.

Coupled with the desire to age in place is the need to downsize. Baby boomers across the country are choosing to live in smaller abodes. In 2014, the Australian Housing and Urban Research Institute predicted that almost half of all individuals aged 50–59 would downsize their living quarters in the coming years. Consequently, the need for intuitive architecture and thoughtful design — with a focus on decreased mobility of occupants — has peaked. In response, Sarah Kahn Architect has designed this charming Carlton North home as an example of affordable and flexible housing that allows residents to age in place without forgoing style.

“With only one child left at home, the time had come to downsize and create a smaller, flexible home for the future that would allow the owner to remain living alone happily and safely well into old age,” explains Sarah Kahn. The architect also notes that the new house had to fit sympathetically into the varied laneway streetscape and respond to the town planning requirements of the heritage overlay.

The block itself was a complex site with an existing garage and studio on one edge, surrounded by laneways, a large double-storey heritage terrace facing the principal street front to the eastern side, and the remaining land being an overgrown, rambling garden that was too large to be properly maintained and also lacked connection to the main house. “The owner wanted a simple, flexible and sunlit three-bedroom home inserted into the unused garden space on the block,” says Sarah.

According to the brief, the new home had to sit alongside, and allow access to, the existing studio/garage as well as provide direct entry to the second dwelling from the laneway. A keen gardener, the owner requested maximum connection to the outdoors while retaining some of the established planting in a more manageable garden setting.

“The client’s requirements that the house allow her to eventually live on one floor and cater for limited mobility was a special design consideration that had to be allowed for in the way the building form was sited and laid out,” says Sarah. “We approached the design by first breaking up the site and creating a ‘patchwork’ of indoor and outdoor spaces, public and private zones, and small garden areas.” A new public entry porch was created at the south of the new house, which separates the new dwelling from the existing garage and studio — and the client from her workplace in the studio.

The new house was conceived as a simple box with maximum openings to the north and all the main spaces located along the north face of the ground floor. Connecting directly to the garden and outdoor entertaining spaces, the ground floor pavilion features an open living/dining/kitchen space and master bedroom with ensuite and walk-in robe.

Sporting a palette of exposed concrete floors, white walls and black-stained timber window and door frames, the ground floor hides clever design elements in plain sight. Need proof? The large pivot door separating the main bedroom from the living space can be left open, effectively joining the spaces and allowing
for a full facade of continuous glazing to the north. The entry porch sits neatly between the old and new elements, accessed via timber-batten-clad gates to both the laneway and the rear garden with a translucent roof above. This porch provides a shared entry zone from which the house and studio are accessed separately. The recycled brick wall that encloses the main house and garden runs along one edge of the entry porch, separating the public and private areas of the site and the owner from her workplace.

The upper floor was designed as a distinct dark timber box that sits atop the ground-floor open pavilion and houses two additional bedrooms, a bathroom and a roof deck. The structure is raked to the south, allowing sunlight to enter the existing studio room over the garage. Timber screening shades the full-height north-facing windows of the upper bedrooms, which frame intimate views of the garden below and distant views of the neighbourhood.

Budgetary restraints resulted in some impressive clever alternatives, such as the joinery, which looks like a million bucks but actually cost very little thanks to the prominent use of black and white laminate with feature timber veneer. The integration of salvaged materials also aided the modest budget. “The owner was keen to utilise materials from the site,” says Sarah. “The overgrown garden hid a number of treasures — stacks of bricks, bluestone pavers and fragments — that have been integrated into the new building.” For example, the ground-floor pavilion is framed by a recycled red brick wall that extends beyond the enclosure of the house to embrace the garden and which separates the home from the laneway, creating a private garden sanctuary. Small slivers and blocks of bluestone dug up from the garden form part of the brick wall, giving it character and texture.

The end result is a smart home that teaches us the fine art of ageing in place and the importance of form and function. 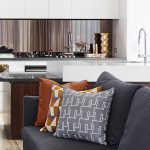 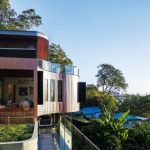 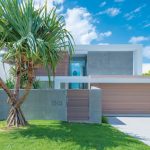 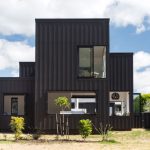 Summer Oasis by The Beach 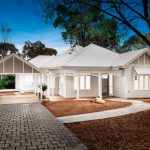 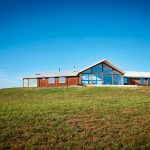 Inside an American-inspired Grand Design on French Island 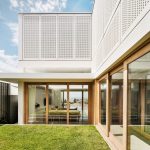 Coogee House II: a Sydney Grand Design
Sign up to our e-News