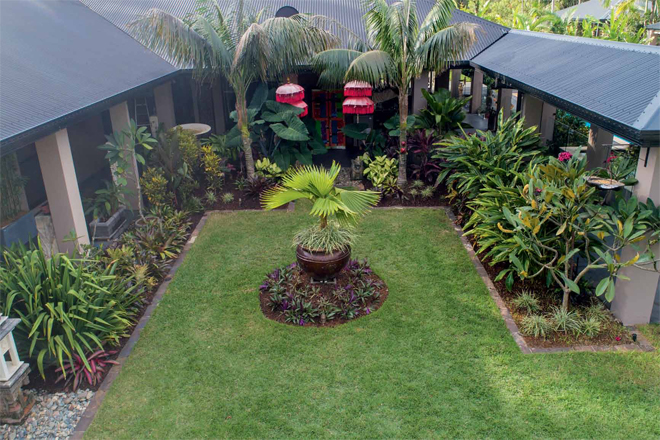 Having created many Bali-style gardens in the past, multi award-winning designer Noel Brown of Bioscapes Gold Coast is a recognised doyen in the field, but when the owners of this garden – who also happen to be the owners of leading Balinese importers, Tropical Living – the pressure was on.

Says Noel, “The owners wanted to showcase their amazing products and recreate a piece of Bali, right in their own backyard. Given they are experts in all things Balinese, we knew they would have exacting standards but we were up for the challenge.

“I draw my inspiration for this style of garden from two decades of travelling to Bali and studying the Zen-like simplicity and not-so-perfect finishes which make a Balinese garden so quintessentially Balinese. This is something we have endeavoured to replicate in this garden, to give the look and feel that you are actually in Bali.” 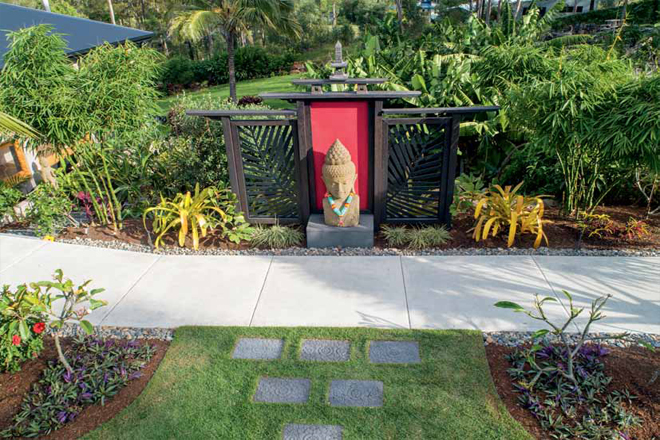 The design process began with several lengthy site visits, a series of client consultations and many hours spent looking through Tropical Living’s treasure trove of stock. “Shortly after being commissioned, they informed me they were off to Bali on a work trip. Basically, they said ‘we trust you – you know what we’re after’ and they left me to get on with it,” says Noel.

Noel’s is a design of many carefully considered parts. One of the most compelling is the authentic, hand-dressed and crafted hardwood Balinese pagoda/shrine, which is the main focal point of the design. “You just need one glimpse of this feature and the lovely Buddha statue and suddenly you feel like you’re in Bali,” says Noel.

“The bright red backing is for impact and contrast; it also references the owners’ use of red in other parts of their garden, such as the pool area,” he continues. “Leaf-patterned laser-cut panels with no backing pick reveal the greenery behind them and help to make the pattern pop. To either side there are eye-catching plantings, such as Aechmea blanchetiana, a brightly coloured bromeliad, and Buddha’s Belly bamboo.”

Staggered hand-carved Lava stone steps that widen to the width of the shrine lead you from the home to this near-sacred place in the garden. Adds Noel, “These beautifully textured step treads perfectly set off the look I was trying to achieve and the fact that they will age gracefully and collect moss over time means they will give that lived-in look you see in older Balinese gardens.”

Once at the shrine, if you turn around and look back towards the house you spy a “secret garden”. This is a space blanketed in green lawn and featuring a beautiful embossed glazed pot. Rising up from the pot is a palm not often seen in Australian gardens – the Hawaiian Fan palm. This is complemented by a mix of broad-leaf plants, crucial for creating that authentic Balinese look in the surrounding garden beds.

“Bodies of water are an essential part of a Balinese garden,” says Noel. “Here I chose to create two pponds and raise them 800mm above ground. This made it possible for them to be viewed and enjoyed from several vantage points around the property. Raising them also gave us greater water depth which keeps the water cooler for the fish in the warmer months and allowed us to install structures and aquatic plants to enhance aesthetics and help protect the fish from birds.”

“Crowning each pond is a ‘Mountain rock’ pot from Indonesia. I spend hours hand-scratching out mini channels through the top of the pots to allow the water to flow evenly out and around their perimeter. In time, the pots will develop an aged patina and grow moss, giving that traditional Balinese look.”

“The two water features are also self-levelling and joined together underground with a 150mm PVC pipe. This comes out at the bottom of each feature and is now known as the ‘Nemo highway’ because, on some days, the owners will notice a lack of fish in one water feature, only to find them all in the other one!”

As this is a garden that is usd at night, extensive lighting was installed. “Both the lights and the water features have been put on timers,” adds Noel. “Each day, around dinner time, they switch on so the owners can enjoy the ambience of the lights and the subtle sound of the water trickling – the icing on the cake in this relaxing and tranquil Balinese garden.” 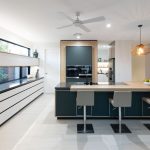 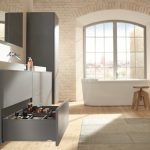 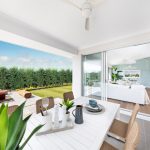 Experience a Coastal Oasis: The Bexley, Sandy Beach
Sign up to our e-News