Form blurs with function to create the new Queenslander

Japan is a capsule of two extremes — minimalism versus maximalism. Known for its bright lights, crowded crossings and explosions of colour, the land of the rising sun is also praised for its precision, attention to detail and unmistakable aesthetic. Such was the appeal for owner Steve Minon, who embarked on a quest to bring Yo Shimada’s Japanese architecture to the Brisbane suburb of Hamilton.

Building a house is hard enough, but when you throw cyclone season, a cliff-side location and an architect who lives 7000 kilometres away into the mix, you are setting yourself up for a challenge. After coming across Yo Shimada’s Rokko house on an architecture blog, Steve was instantly captivated by the home and decided to reach out to the acclaimed architect. “The house looked like a Queenslander sitting on a glass box on a hillside,” says Steve. “When I saw this house, I saw how it solved the problem of a steep site through a simple and efficient design, so I emailed the architect to see if he would consider designing a house for me in Brisbane.” Luckily for Steve, architect Yo Shimada was up for the challenge and agreed to design his dream home with the help of Paul Hotston from Australian firm Phorm Architecture + Design.

The brief originally revolved around designing a one-person household, but soon changed to a two-bedroom, two-bathroom residence after Steve met Jonny Ng. The gabled roof house is in the shape of an X and rises high above the street to capture the views and breezes from the nearby river. “The house has four individual and separate covered verandahs on alternate levels,” says Steve. “It is principally galvanised steel supporting a concrete suspended slab with compressed fibre-cement cladding, floor-to-ceiling glass and timber cabinetry.”

In line with Japanese simplicity, the first floor is home to the study and the main bedroom and the second features the kitchen, small bedroom and lounge room with “origami ceiling and a seamless transition between inside and out”, says Grand Designs Australia host Peter Maddison. “Yo Shimada has a minimalist style that utilises a raw, stripped-back palette of materials often expressing structural details that are normally hidden.”

Thanks to its steep location, the project encountered its fair share of challenges from the get-go. After 20-tonne earthmovers arrived on-site, torrential rain soon swept in and sent half the land running down the street, which led to a redesign of the steel frame. “The site required major earthworks to ensure it was stable, and the lack of access presented many challenges,” says Steve. “For that reason, most of the steel frame was pre-made and craned into site.”

Once the steel work went up and the concrete slab was installed, the vision of Yo Shimada came to life, boasting an almost-unfinished look. You can see exactly what the building is made of and how it’s put together, a notion that goes hand-in-hand with the project’s minimalist nature. “There is a lot of honesty in this approach because you see the structure of the building come through in the interiors,” says Steve. “It appeals to the minimalist in me because you only see structure. The form and function of this style of building are the same thing.”

After a 15-month build, the end result stands proud, perched on the cliff. Rethinking the idea of a Queenslander, Yo Shimada has set a new benchmark for the future of construction in Australia. “This building hasn’t been done quite like this before,” says Peter. “It’s taken a different culture to shape up our notion of what a Queenslander is — and it’s significant. It’s going to change the way people think about buildings for this part of the world. I think this little building is well and truly a game changer.”

In the style of a classic Queenslander house, with traditional verandahs and support poles, the Cedar Creek kit home is perfect for a growing family
0 Shares
0
0
Innovative designs have made this award-winning kit-home designer a market leader. From the 60-square-metre Parkinson to the 150-square-metre…
0 Shares
0
0 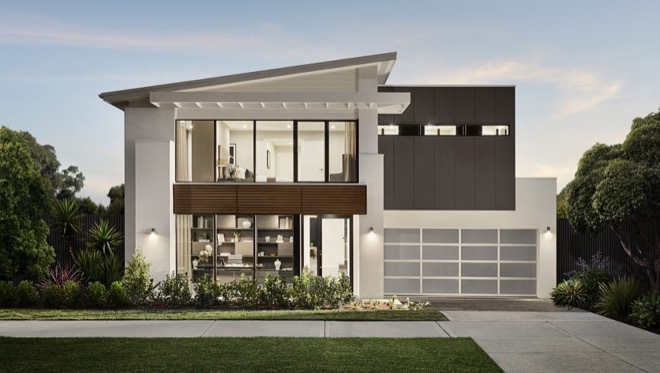 A contemporary, environmentally sustainable, off-grid home that takes advantage of the bushland views.
0 Shares
0
0
Time and time again, we see studies suggesting that trading the fast pace of city living, for a regional abode, benefits your health in a number of ways. So why are Australians choosing the country?
0 Shares
0
0
A Riverbuilt Kit Home is the most complete “Kit Home” available.
0 Shares
0
0