The modern home is becoming increasingly tech savvy, and not solely for entertainment purposes. Convenience is a huge drawcard, too. Whether you’ve got a spare room by way of the basement or have a full house and hectic schedule, decking your house out with the latest tech solutions can create flow and make life more enjoyable.

This existing 6.9m x 3.9m basement room in Sydney’s Bexley North was once an unloved junk room for a family of six. But it was always the homeowner and father’s dream to have a home cinema equivalent in sound and picture to that of a commercial one. Not only has Len Wallis Audio combined forces with builder/theatre designer Andrew Fenton of Trade A Management to turn this dream into a reality, but it’s big enough for the whole family to enjoy.

To get the most out of the space, Andrew and Alberto Vangi from Len Wallis Audio removed the existing kitchenette and decided to rotate the room and change the entrance, still allowing for staged, comfortable seating. The new entryway maximises the usable space while still accommodating a large screen that takes into account viewing distance. Four false walls were created to soundproof the room, and the original doorway was converted into a cabinet for the equipment to be neatly stored. And in spite of the ingenius design, we just can’t get over the statement starlight ceiling!

A home cinema certainly appeals to our indulgent side, but on the other end of the spectrum, smart home integration can make everyday life run so much more smoothly — and what’s not luxurious about that?

On the other side of Sydney, this pre-existing home in Dover Heights had suffered some electrical damage and subsequently the audio and visual systems were both intermittently faulty. Extremely frustrated, the homeowners approached Len Wallis Audio and asked them to replace their existing lighting and audio-visual systems with entirely new ones. And given the pair both work from home, a strong wi-fi network was imperative.

Without exception, successful projects start with an assessment. Once Jono Dorset and the team at Len Wallis Audio had the cabling mapped, they began to design a solution. A centralised system was adopted for the audio-visual requirements with a rack of equipment discreetly installed in the study, which houses the network, HD video distribution, audio distribution and Savant control system — almost all of the electronics utilised with minimal clutter throughout the home.

The previous lighting system was replaced almost like-for-like with the Clipsal C-Bus system, which is known for its reliability. But it was the Ruckus networking equipment that blew the couple away; the speed and strength of the internet connection they now receive in every room of the house is the best they’ve ever experienced.

Home automation can certainly seem like an intimidating choice, but the Savant system integrated in this home uses Apple-based control componentry and boasts an intuitive app that is available for both iOS and Android. It can be incredibly stressful for parents returning home after a non-stop day at work with three armloads of groceries hanging off two and trying to navigate kids. But by creating your own ‘scenes’ in the app and selecting your welcome scene as you arrive home, you could be greeted by the garage doors opening, the lights coming on in the hallway, living room and kitchen, and your favourite album playing to calm you down as you walk in.

For this couple, it was a no-brainer.

The home office is becoming a common space in contemporary households and should be organised and design-savvy to keep you inspired and motivated
0 Shares
0
0
Exotic, romantic and a little dangerous; this winter we’re all about the opulent look of 1930s Shanghai. Get the look here.
0 Shares
0
0
Modern, sophisticated and glamorous, this home meshes elegance with a dash of eccentricity — shaken, not stirred
0 Shares
0
0
The owners of this spectacular residence wanted a four-bedroom home with separate living zones. Furthermore, they wanted the design to maximise the available views of the Maribyrnong River while still ...
0 Shares
0
0 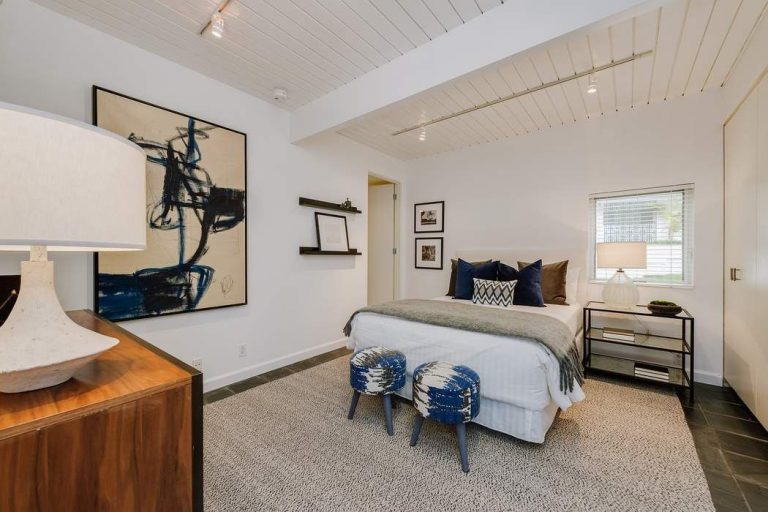 Beverly Hills has a reputation for exquisite homes, and this one is just gorgeous.
5 Shares
2
3
Complete your living area look with these fabulous lamps, tables and chairs
0 Shares
0
0